I just have five grand
Make me an iPhone UI?
Who am I, Steve Jobs?!
Ponder it.
Deeply.
It should resonate at a sub-cellular level.
Not yet? Were you there last night? No matter. It will come to you.
This motivational Haiku (5 – 7 – 5) was the product of the Black group’s UX Confession at last night’s

San Diego UX Speakeasy meetup. Their task was to discuss and divulge about experiences when “The person who hired you wanted to design it them-self” and report back out to the larger group.

No more needs to be said. It should all be as clear and satiating as the ever present snow melt flowing from the Sierra Nevada range.
Get back to me with your revelations. This team took the Silver (2nd Place) award so you know their creation was profound.
One of the other groups contained a recruiter who was no doubt the inspiration for that team’s Bronze (3rd Place) win. Unfortunately I can’t report what they said because it was so deep I was awash in the avalanche of buzz word nouns liberally dusted with high powered adjectives and superlatives. Superbly done team Bronze!
I can only presume (hope) this was the Purple group whose discussion and presentation task was around “Your new client or boss insisted that UX and UI were the same”.
AKA: A statement leading to The Resume Kiss of Death.
Oh… Bronze winning Purple’s job descriptions were an April Fool’s Joke. They were, right?
Then there was the  Gold (1st Place) winning confessional entry. Most appropriately it went to a team 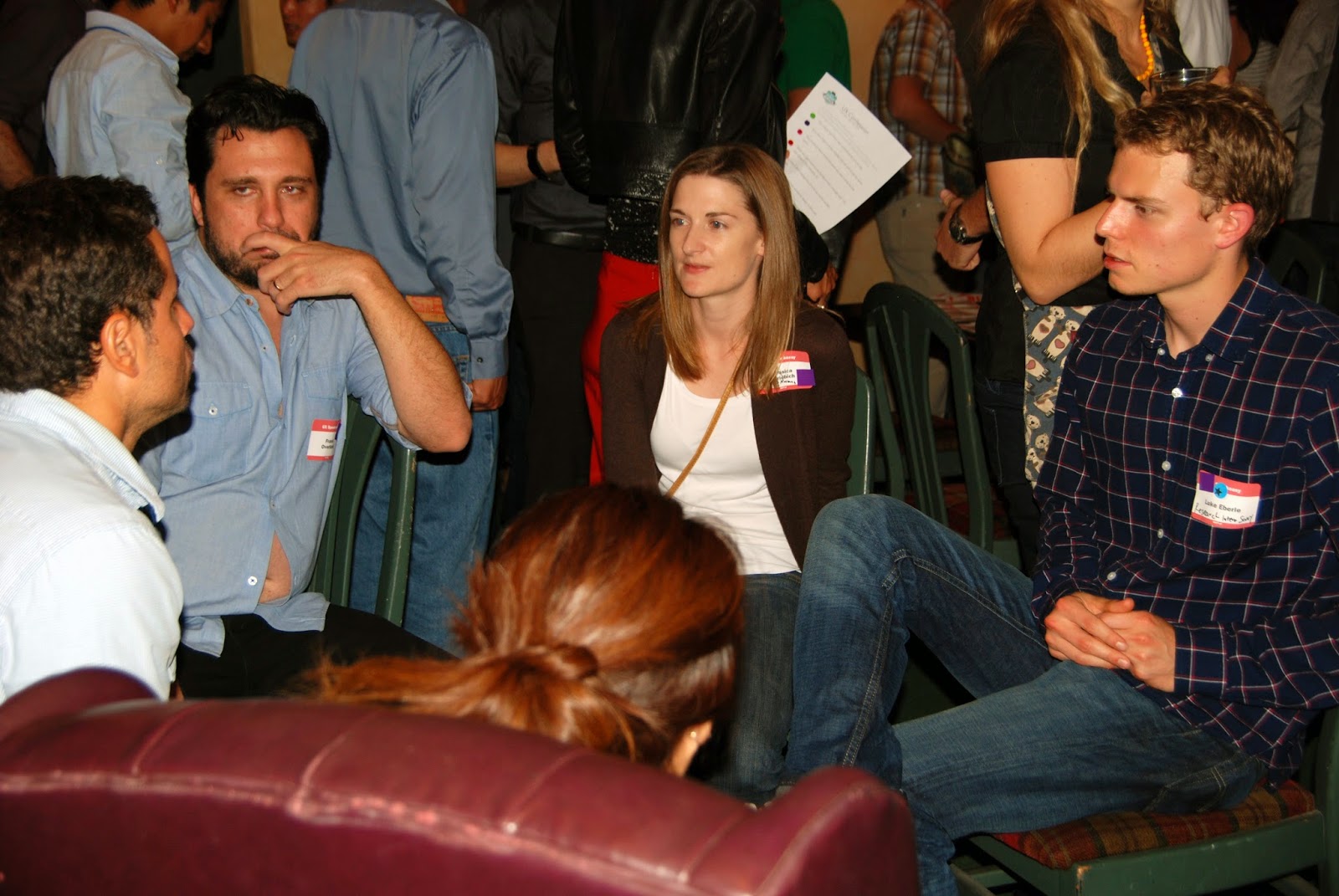 that tightly and with laser focus captured the essence of the Crazed Boss. That person we all know who doesn’t understand … well you decide:

The essence of this group’s meme was captured shorthand in a chirpy UX Speakeasy twitter feed post: 5 pm Friday Product Manager says: Design it Enterprise social mobile sexy it has to pop design it and code it by Monday. No Sweat
Poetic in its own right isn’t it? I think their prompt was “Your boss wanted the UI to be as intuitive as their iPhone”. Oh wait… that sounds like the iPhone Haiku. Perhaps it was “The person who hired you wanted to design it them-self”. No wait… We used that on already. Should we have? With only a little imagination it could apply to “When you got negative user feedback and a manager said “the user opted in, they asked for it!”. But maybe closer to “Your product team insists that epics and user stories are the same”.
Incredible how so many of last night’s confessional prompts apply to so many situations with so little cognitive effort. 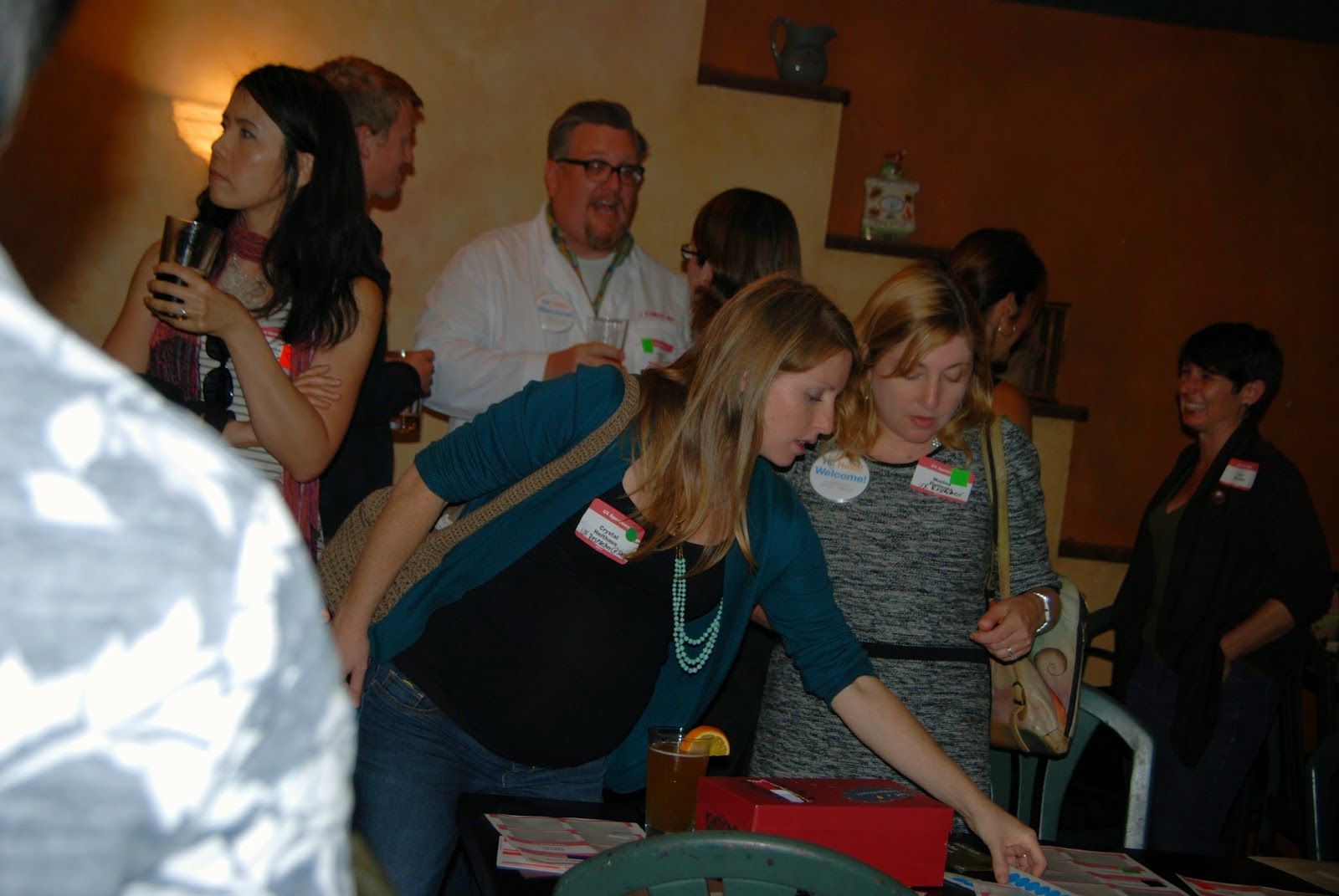 Having thought at great and complex length about the matter, I suspect that the actual cue was: “When the product manager wanted mockups before any requirements were defined”.
Keep pondering the meaning of this profound instructional creation and get back to me with your revelations. Especially if your memory of the evening is somewhat altered from mine. After all, it isn’t often we get such an educational and deeply stimulating experience wrapped up in the guise of something as innocently innocuous as hanging out at an Irish Pub.
But don’t sweat the little stuff: If you don’t see all the pieces falling into place – ask around the meetup attendees. They all seemed to get it. By the way: last night was our 400th meetup. Something to be very proud of. We’ve grown in a few short years from 13 starry eyed visionaries to some 4 digit and growing kick butt professionals. Cheers!